Colour seems to be being talked about everywhere at the moment, particularly on the radio, which is quirky. I think it may be part of the promotion of the Making Colour show, on at the National Gallery in London until 7 September 2014. Suits me — I adore colour.

Once you start to explore online, there’s so much to discover about colour. Did you know that some cultures don’t distinguish between blue and green? Hence ‘grue’. Apparently, the idea of different colours (and the words to express them) emerge in different cultures in a fairly fixed order. A way to express the difference between light and dark is the first (not necessarily our ‘black’ and ‘white’ but related) — you can understand how fundamental that distinction is to human existence.

After that, red is the next colour to be identified by name and then either yellow or green. Green or yellow come next, depending on which came before, and only then is ‘blue’ named, if at all. Surprising, as you would think the blue of the sky would be quickly named by most cultures. And only after that is the differentiation made between the different parts of the spectrum to enable brown, purple, pink and orange to be named. 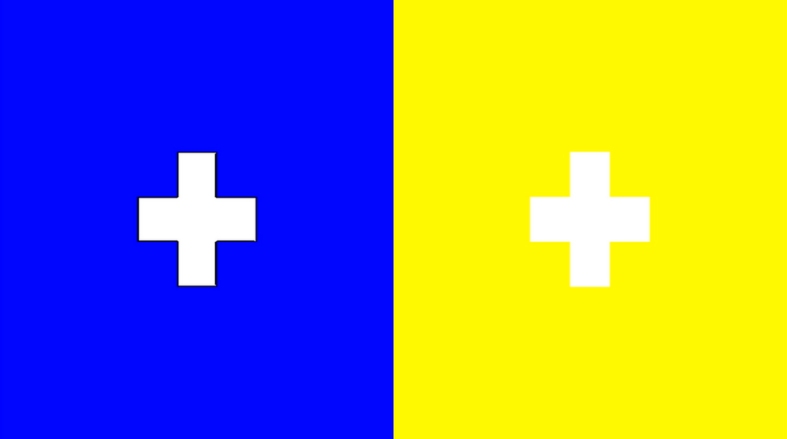 Look at the image above and cross your eyes so that the two cross appear to sit on top of each other. Can you see ‘yellowish blue’? Apparently only some people can see it. 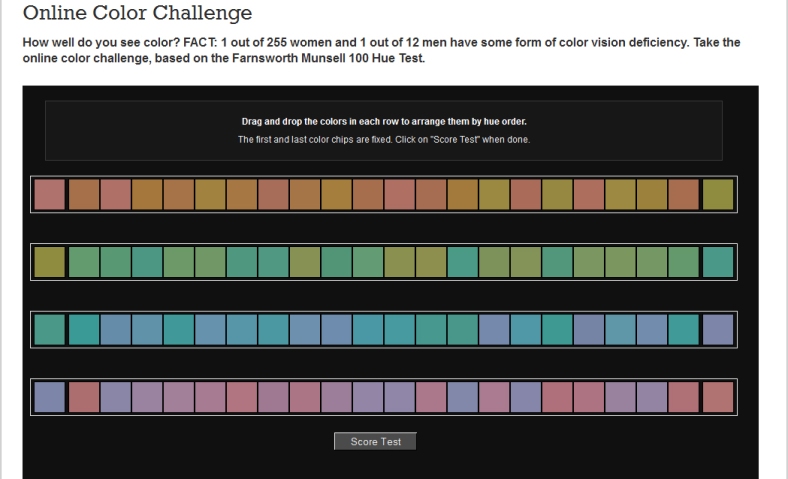 Yesterday I issued David with a challenge — who would perform best on this colour sorting test? He doesn’t believe that a lot more men than women have difficulties differentiating between shades of similar colours. I think I’m quite good at this. We shall see. Try it for yourself here.